It seems fairly obvious that a device as potentially fractious as a home built liquid fuelled rocket engine would be best viewed from a safe distance. Indeed, Krzycki suggests viewing the rocket exhaust plume by means of a conveniently positioned mirror.

Fortunately things have moved on since 1967. From the outset, a video system was always going to be a part of the telemetry set up I had in mind. Nowadays, small, reliable CCD cameras and USB digital video recording systems (DVR's) can be had for a modest outlay.

I purchased a four channel USB DVR and four miniature CCD cameras from Lightinthebox.com. The cameras are also equipped with a small microphone. Each camera has a flying lead terminated in three RCA type connectors. The colour coding used is as follows:-

The DVR features four video inputs through male BNC connectors, hence a BNC to RCA adaptor was required for each one. There is also one audio input. This is not a great worry as I do not anticipate hearing the engine being a problem.

Each camera measures ~ 20mm (0.75") square. They are thus small enough to fit into a tight space.

Here is a photograph of the DVR unit with all four cameras connected:- 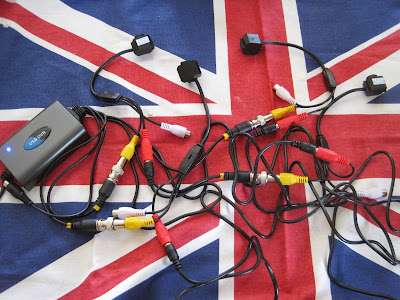 In and amongst this snake's wedding it is possible to see the four cameras, DVR and the RCA to BNC adaptors.

The DVR comes packaged with software to view and record the camera images. The images can be viewed in quad format, or each channel can be viewed separately. Motion detect record is also possible. Here is a screenshot of the software running, with some frankly resistable images of my kitchen:- 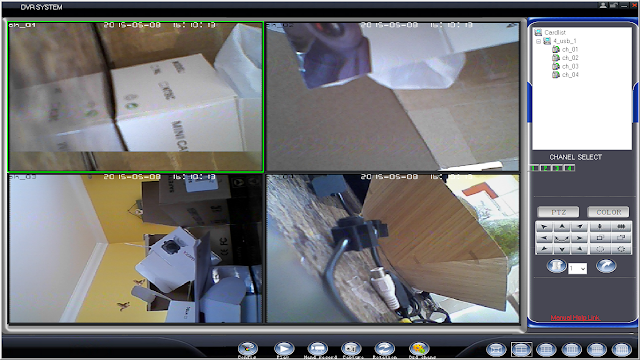 And here is a close up of one of the cameras, the lens through the lens, so to speak:- 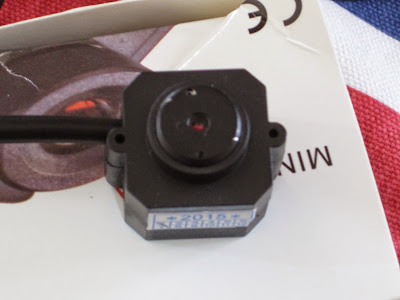 When these cameras are spread around the test stand, they will greatly improve the safety of operation, as well as acting as a back up and cross reference to any data acquisition set up. Transducers may well tell the story, but a recording of a camera pointing at a bank of gauges is still hard to beat.

And finally...on the subject of telemetry, National Instruments have just released a home version of their industry leading LabVIEW software, aimed at the Maker Movement. It boasts elements compatible with Arduino, and is being offered at a bargain price. Google "NI LabVIEW Home bundle" and you will see what I mean.

Posted by British Reaction Research at 17:21