I've been thinking about chamber and nozzle design a good deal recently. My motivation was to try to come up with a different method of fabricating a thrust chamber. A method that doesn't involve machining the chamber and nozzle from solid, which I've always thought was wasteful. That said, it certainly works. A superlative example is Anders Johansson's long running thread at the Jet and Turbine Owners Forum:-

So I just wanted to try something different, to see what was possible. You'll remember from my post on cooling that I posited a notional tube bundle chamber for my calculations. What if it wasn't purely notional? I decided to see what it would take to build a tube bundle thrust chamber.

My initial thoughts were based around bending the tubes to shape and stacking them together around a circular manifold, possibly using some sort of temporary centralising mandrel or jig. The idea was to braze the tubes, but my attempts at brazing did not go very well. I had much more luck TIG welding them. After a few false starts to get the TIG parameters right I produced a reasonable weld:- 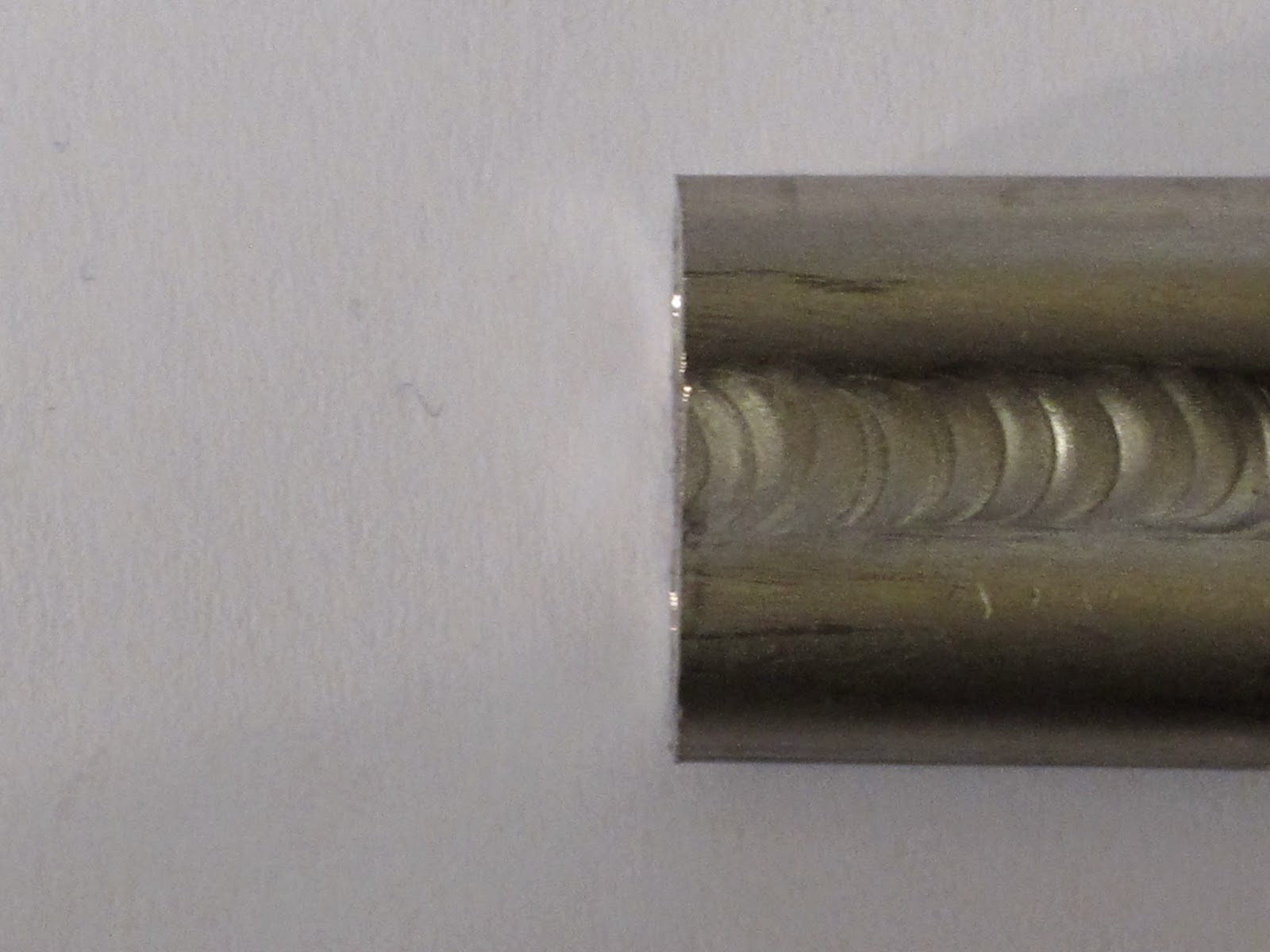 I didn't use any backing gas here and got away with it; in a production unit I would have to set up an internal argon shielding flow in the tubes. However, cheered by this result I next looked at methods of manifolding the tubes and anchoring them to a manifold. Using 10mm dia. 2mm thick wall metric hydraulic tubing meant it was possible to turn down a portion of the tube to 8mm:- 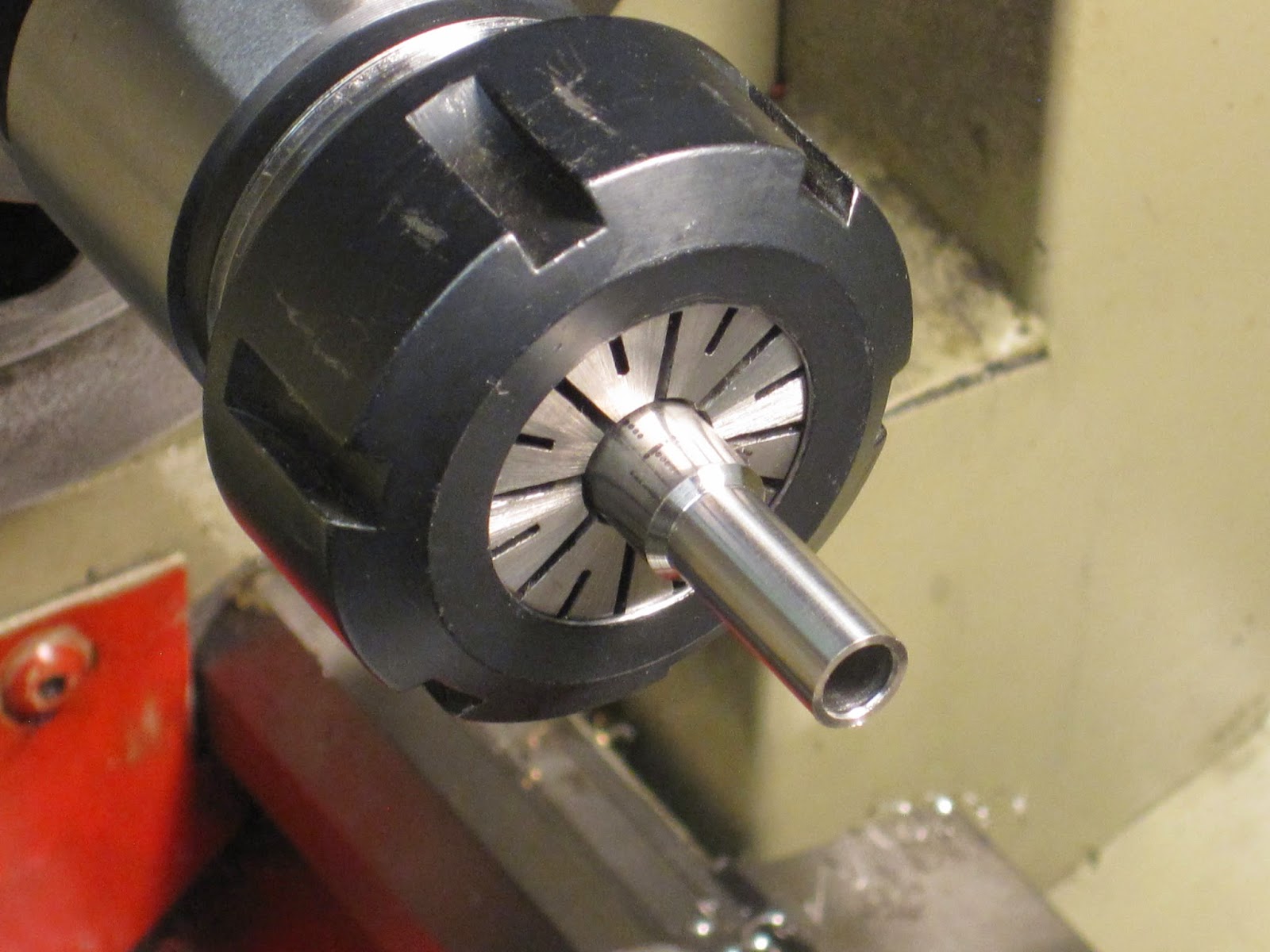 I used a collet to hold the tube, as seen. Next I envisaged the manifold ring to have a series of holes on a PCD, into which the tubes would be welded. I decided to make a rough mock up of such an arrangement using just two tubes, to see how they sat together and generally get a feel for the problem.

I took a square block of mild steel and cleaned it up in the 4 jaw chuck. I then drilled two holes in it of the correct size and pitch for the tubes. I countersunk one end of these holes. This would mate with the chamfer on the tubes so they'd sit flush to the block/manifold. The four pictures below show cleaning up the block faces, drilling the holes, the countersunk portions and the tube/block fit up. 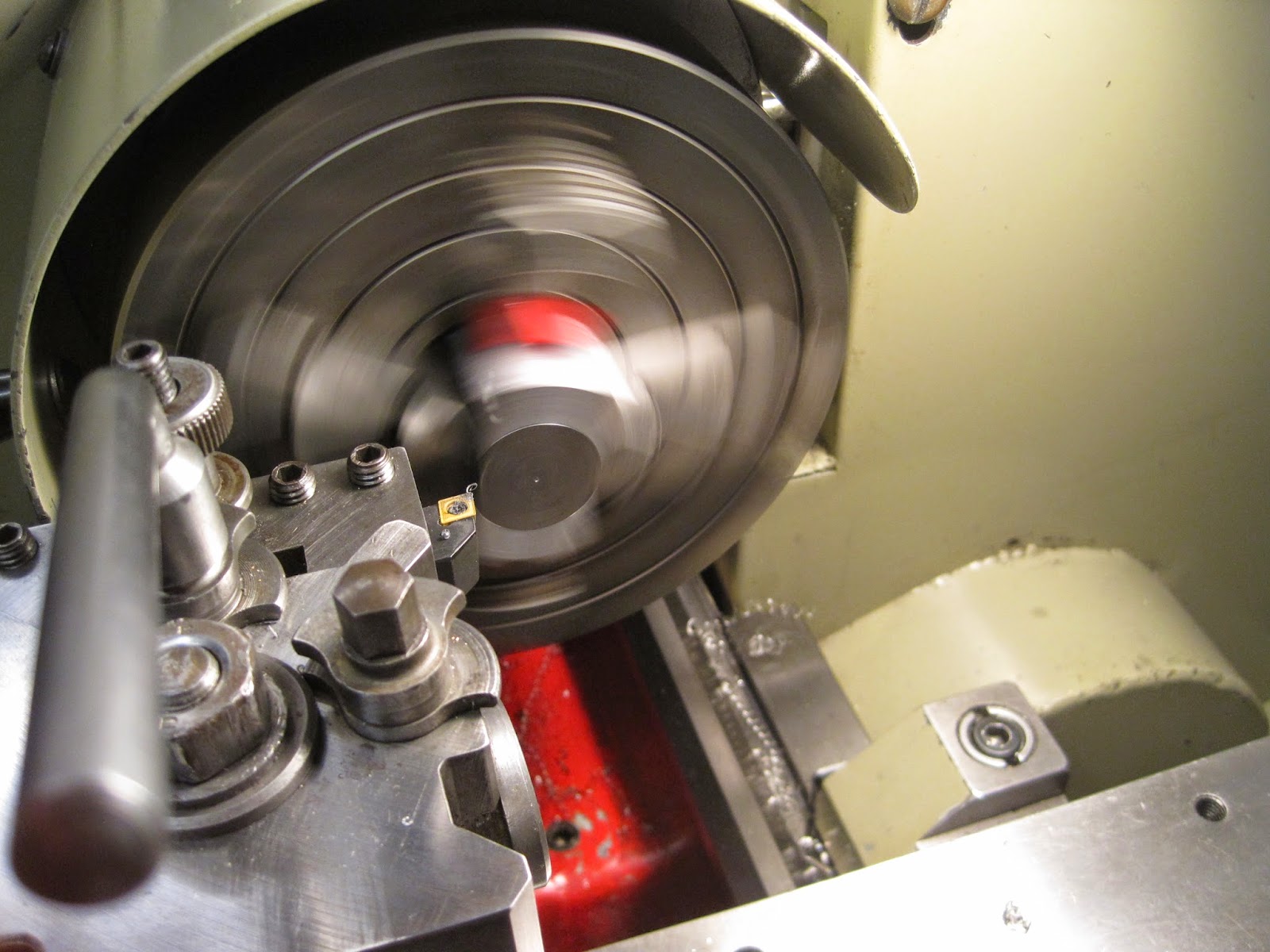 Centre drills are very rigid and are great for starting drilled holes (as well as for creating centres!):- 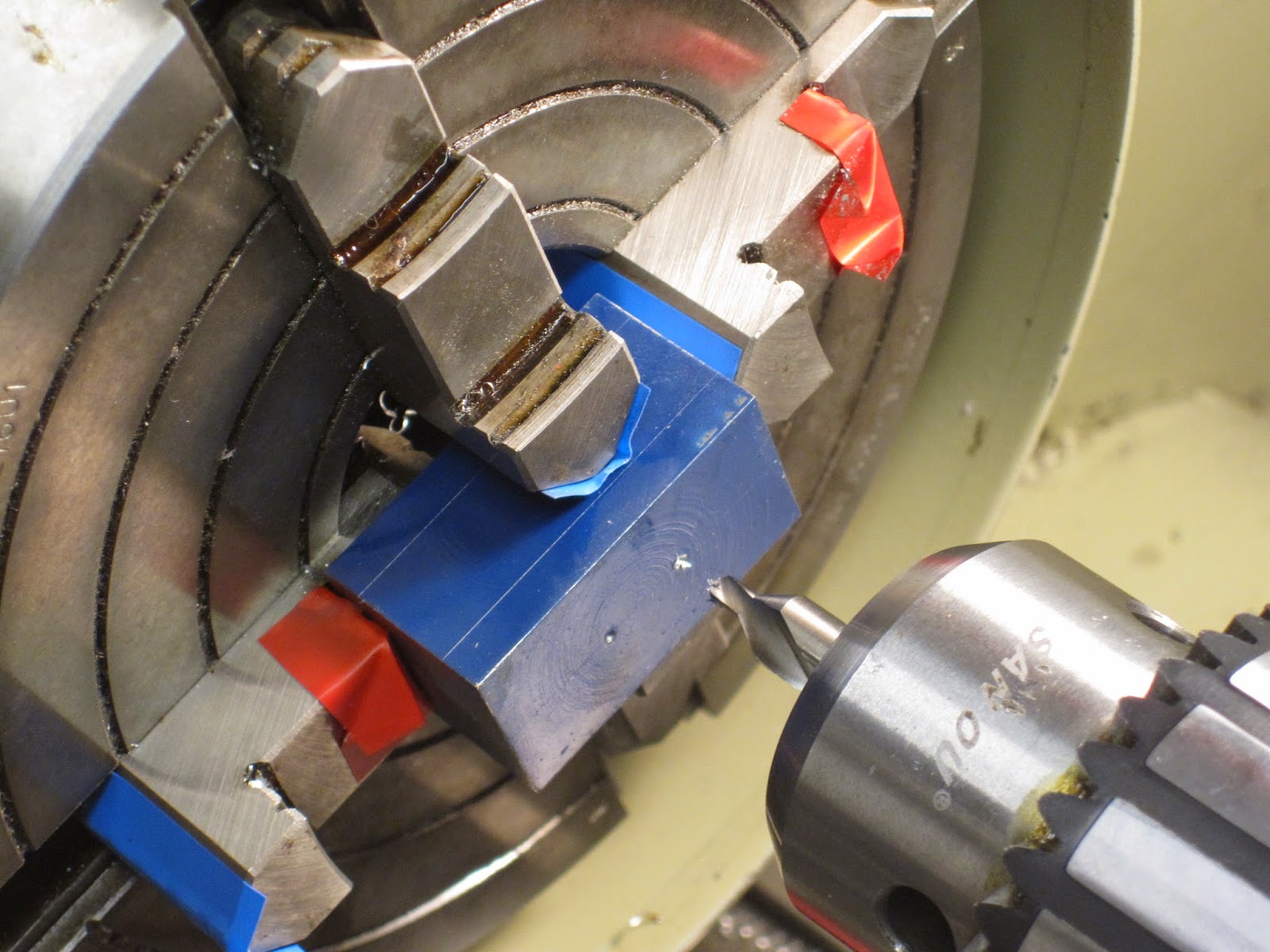 The countersunk ends of the holes:- 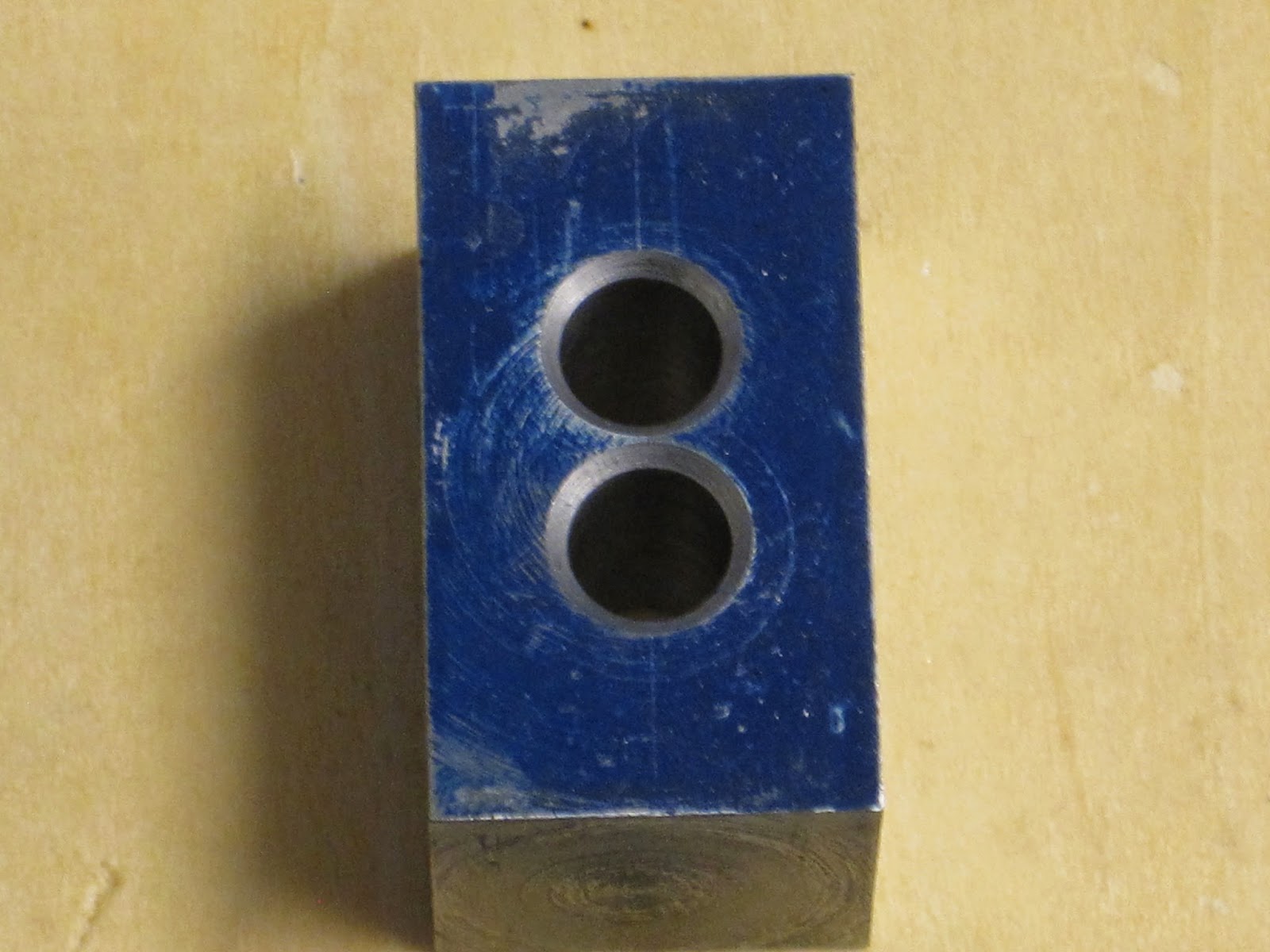 And the tube to block fit up:- 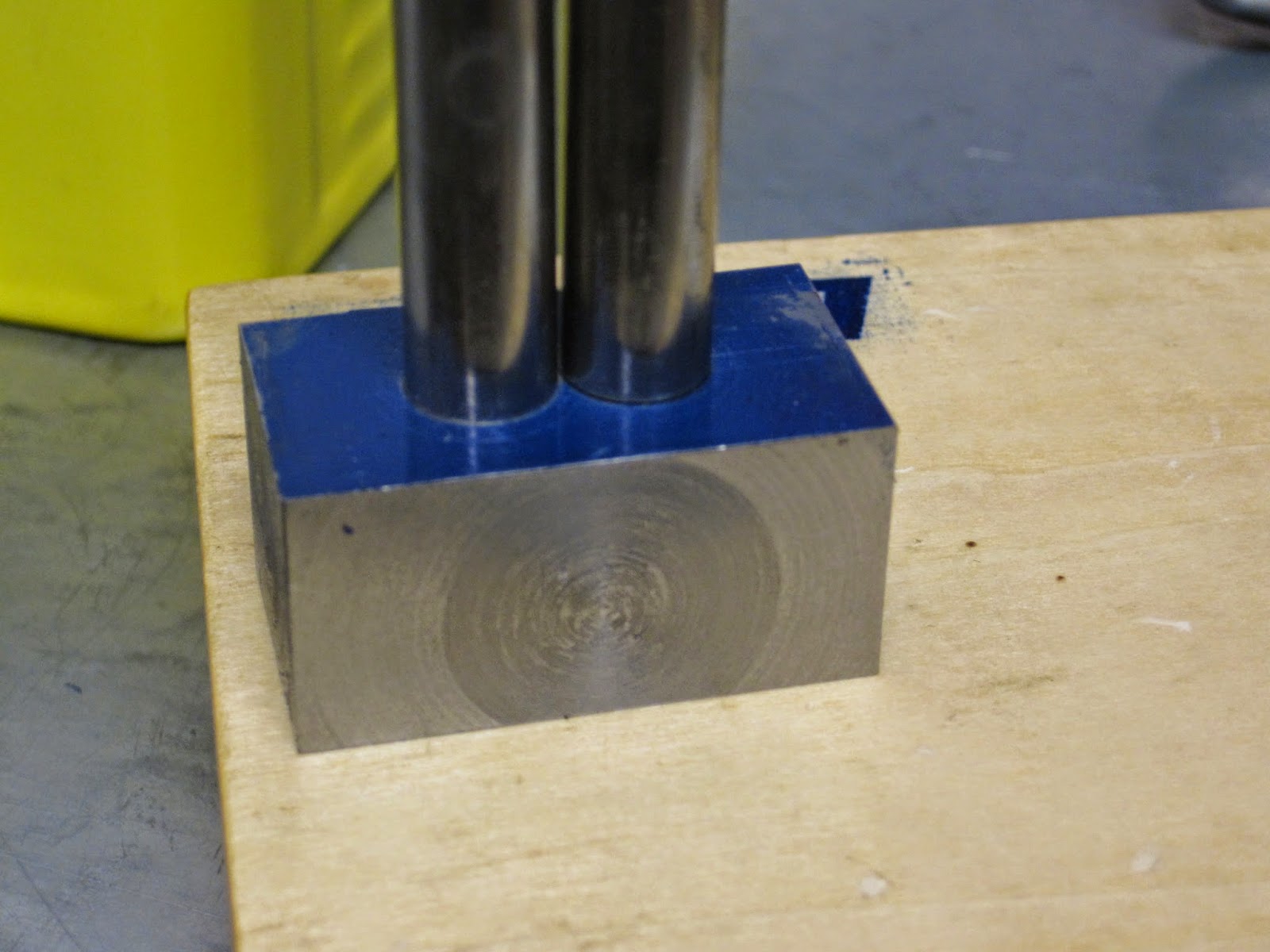 Ideally the hole for the tube on the right should have been countersunk fractionally deeper, but you get the idea. The number of required holes and the PCD they'd need to be on for the diameter of the projected chamber would put them closer together than shown here. The gap between the tubes in this mock up is about 0.25mm. The number of tubes and the PCD required for the chamber I have in mind would put this gap at just over 0.05mm. I might need to play with the diameter a little to get an adequate gap for the welding. This would also feed into the tube bending calculations to ensure that the throat diameter was correct.

Here is a close up of the machined end of one of the tubes. The chamfer is 45 degrees and this then mates nicely into the 90 degree countersink:- 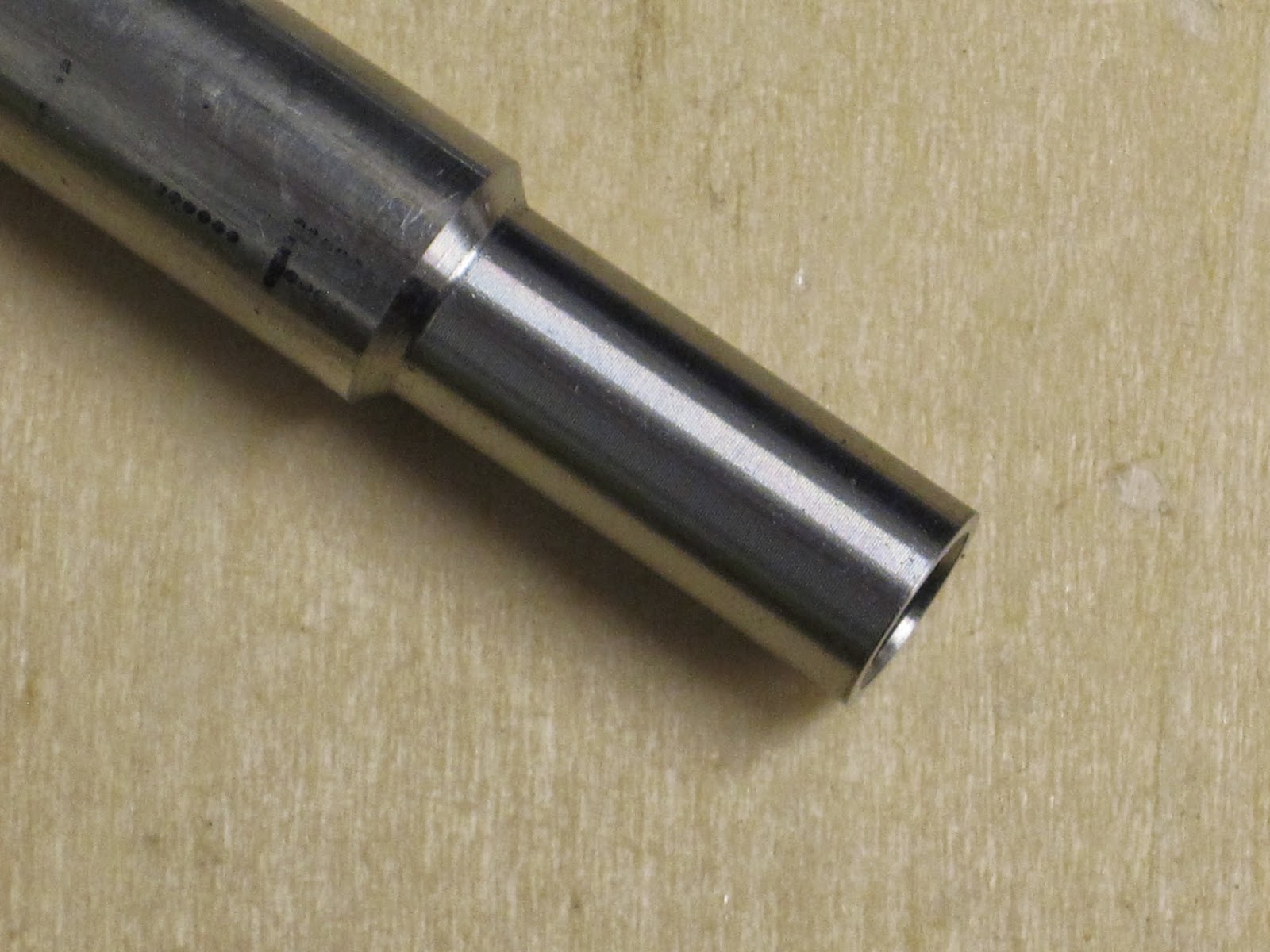 The dimension from the start of the chamfer to the tube end is 20mm. Finally, here is a photograph of the opposite side of the block showing the tube exits. In the design under consideration this is where the fuel/coolant would exit and cross over to go down the next tube. I machined the block thickness to 20mm so that the ends of the tube would be flush with it. The holes would need to have a countersink to correspond with a chamfer on the tube end to get a nice weld. I tried to do this by hand on one of the holes and made a pig's ear of it; why is it always the last operation that wrecks your part?! Anyway, it isn't too much of a worry and I think you can see what I'm trying to achieve. 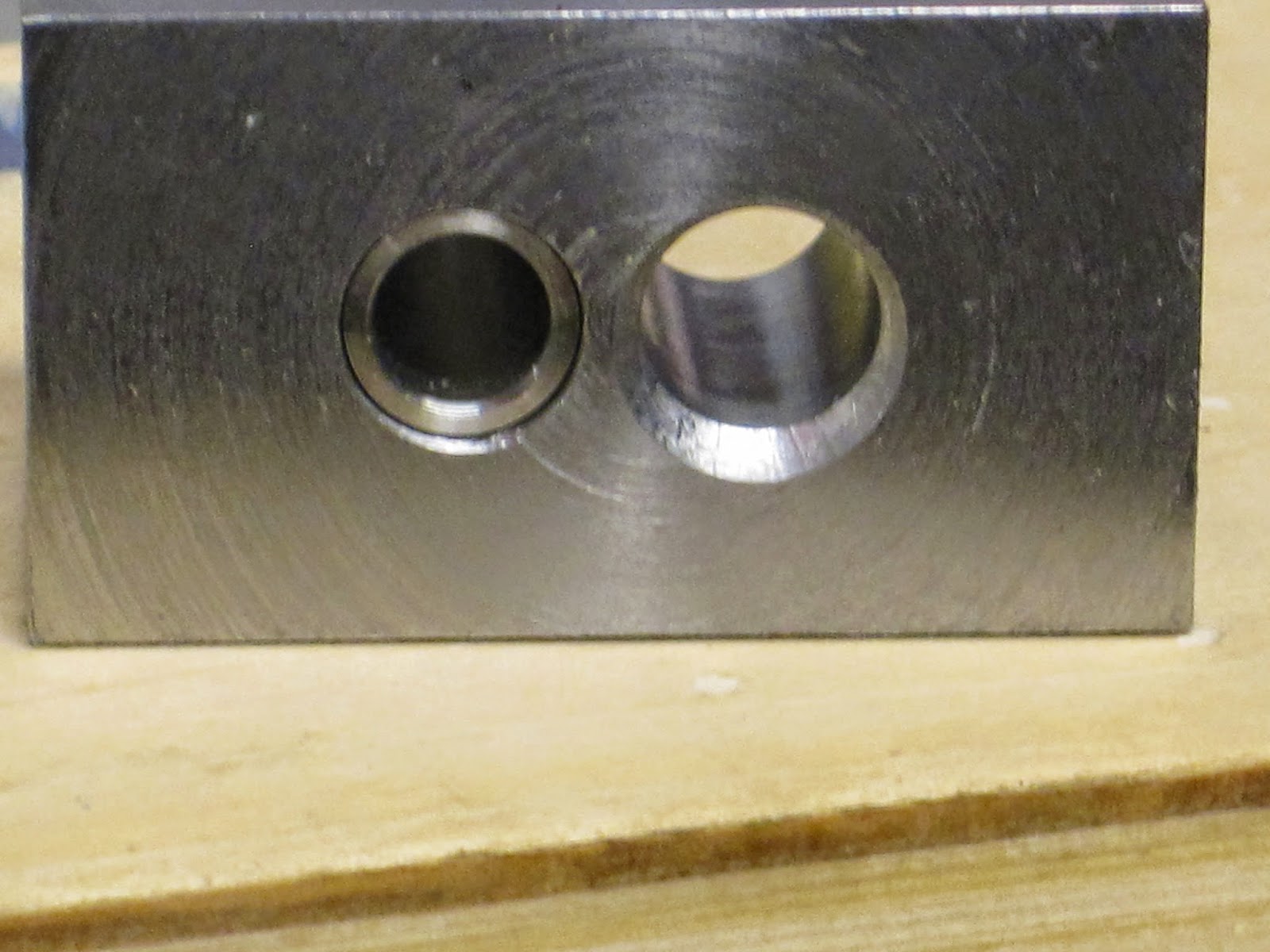 I'm back at work now so there will be no more practical updates for a few weeks. You might be lucky though and get a lot of meandering nonsense with some highly suspect calculations thrown in. I bet you can't wait.
Posted by British Reaction Research at 14:57